The Kinetic Albatross is an interactive and kinetic art installation, mimicking a flying albatross with the aim to raise awareness about marine plastic pollution.
Creative Studio: The Collective
Creative & art direction: Frederic Bussiere
Technical director: Andy Stokes
Project Director: Anita Lam
Prototyping: Frederic Bussiere
Interactive Designer : Michael Sedbon
Fabrication Designer : Homan Ho @ HK Maker
Project Manager : Adrian Lee
About
Albatross are one of the well-known species who are direct victims of marine plastic pollution. One alarming study found that 98% of chicks contained pieces of plastic in their stomach, which as a result caused 40% of those to die from starvation.
Our 6m wide living sculpture mimics the shape of an endangered albatross flying elegantly in the sky and serves as a symbol of many other species currently under huge threat from plastic pollution. The bird is beautiful, yet full of wounds caused by pollution.
The installation is fully interactive, allowing audience to give life to the piece by mimicking the flying gestures of the bird. The process of giving audience the control of this endangered albatross aims to raise the awareness and responsibility of the user.
Interactivity
The sculpture is controlled by kinetic winches. Using a custom created workflow the motion capture setup is the bridge between the kinetic albatross and the human user. It captures the user’s motion and in real-time directly controls the Albatross. As soon as a user steps in front of the booth, the interactivity starts (all automated thanks to some creative coding and machine learning!). In idle mode the Albatross will gracefully fly alone.
Background
The fight for a cleaner environment, a global awareness and an active response from the society is at its beginning. Few efforts have been done, in comparison of the problem itself. The latest super typhoon which shook Hong Kong last September resulted in our beaches being covered by debris made of plastic and was a sad reminder of the global pollution.
Being an emblem of the ocean but also one of the direct victims of the ocean pollution, the albatross became our figure for this art project. The plastic albatrosses ingest cannot be digested, it takes up space in the stomach and starves them, leading to their death. This plastic is also regurgitated and fed to chicks, reducing their food intake and ultimately their chances of survival.
Our curiosity in Nature and our concern for the environment are the backbones of our artistic work and we dare believing that our work will bring a positive impact on the society.
Exhibition
The Kinetic Albatross had its premiere at The Affordable Art Fair Hong Kong 2019 where it had over 30,000 visitors over 4 days. It will continue its journey at festivals & events throughout the year. 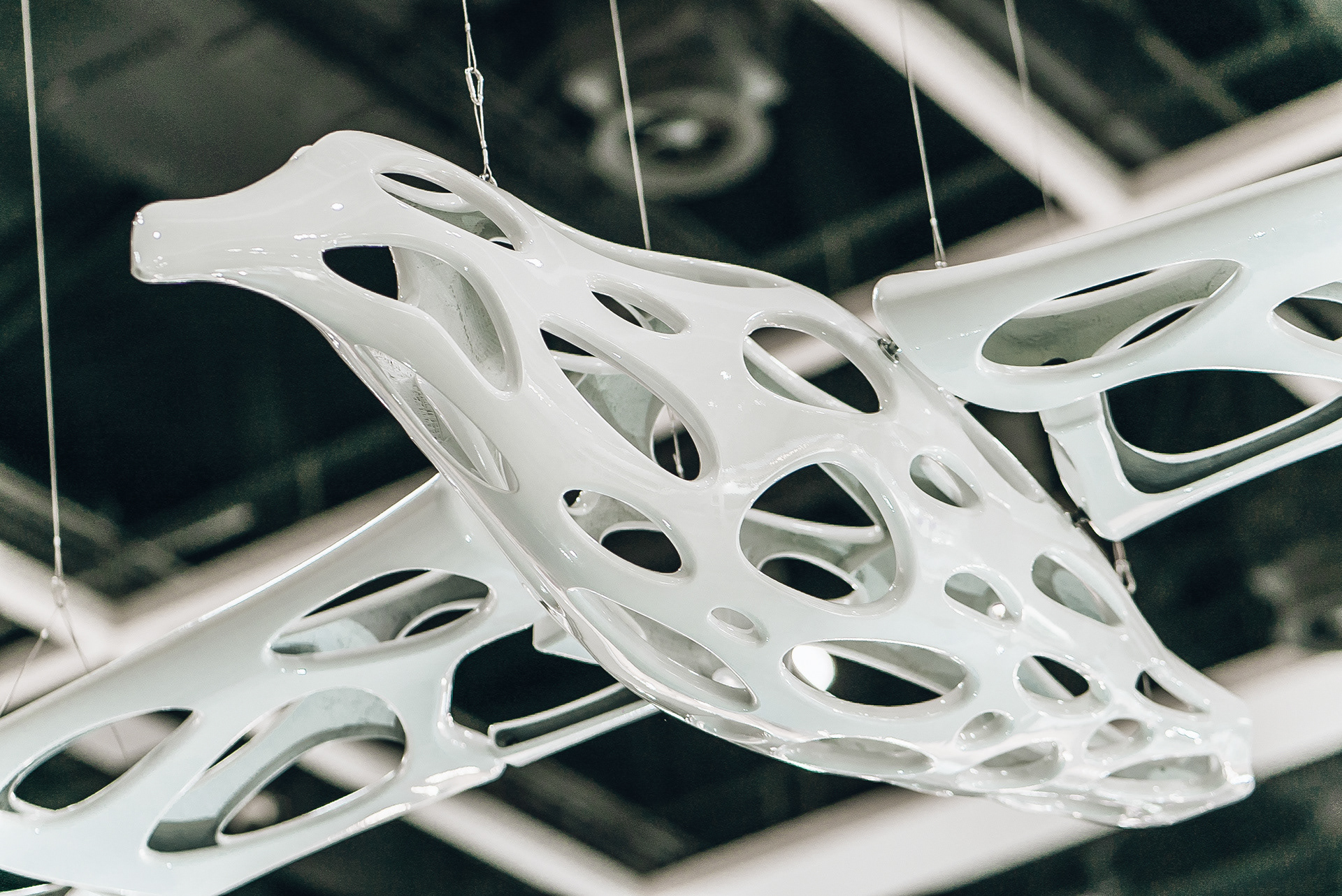 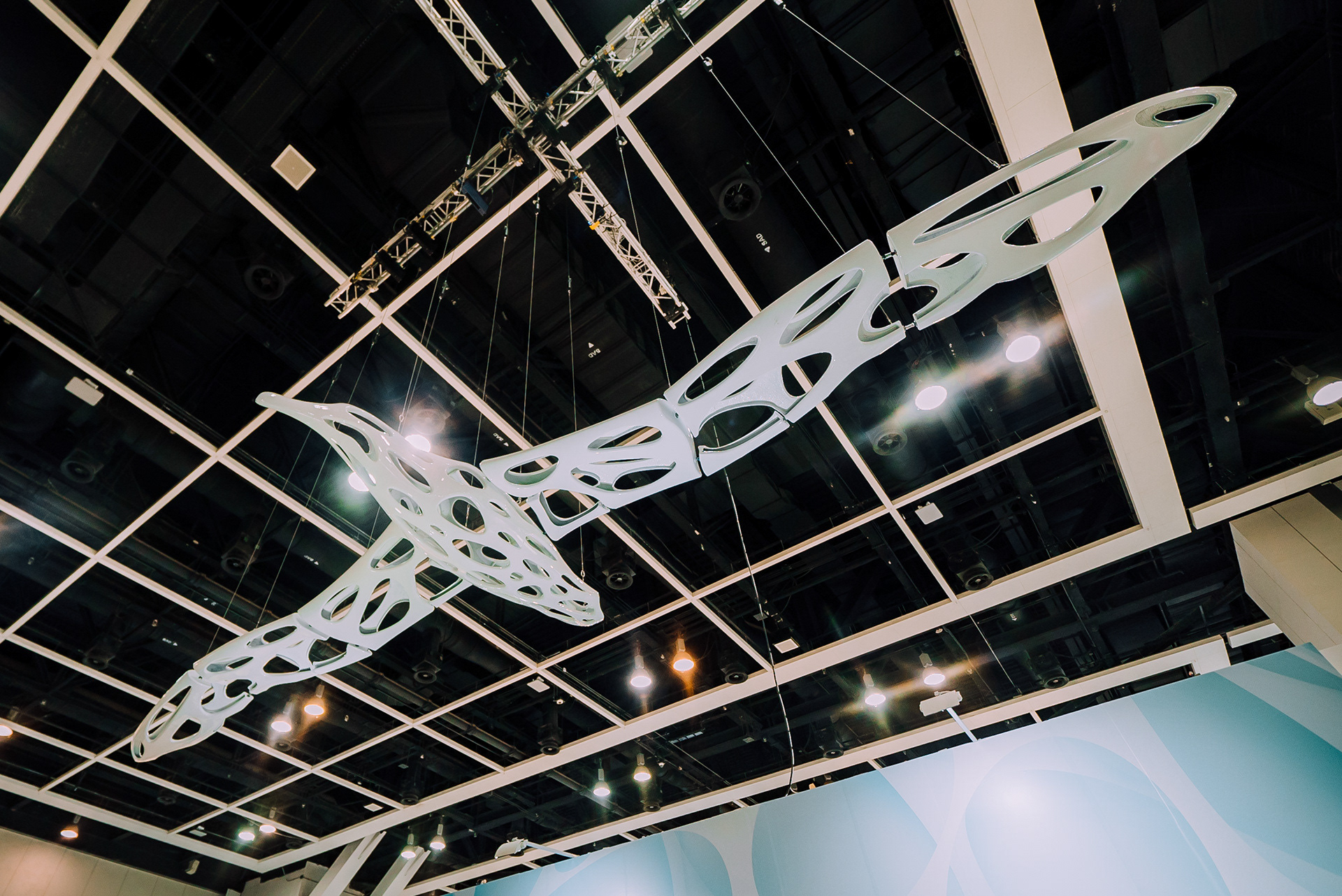 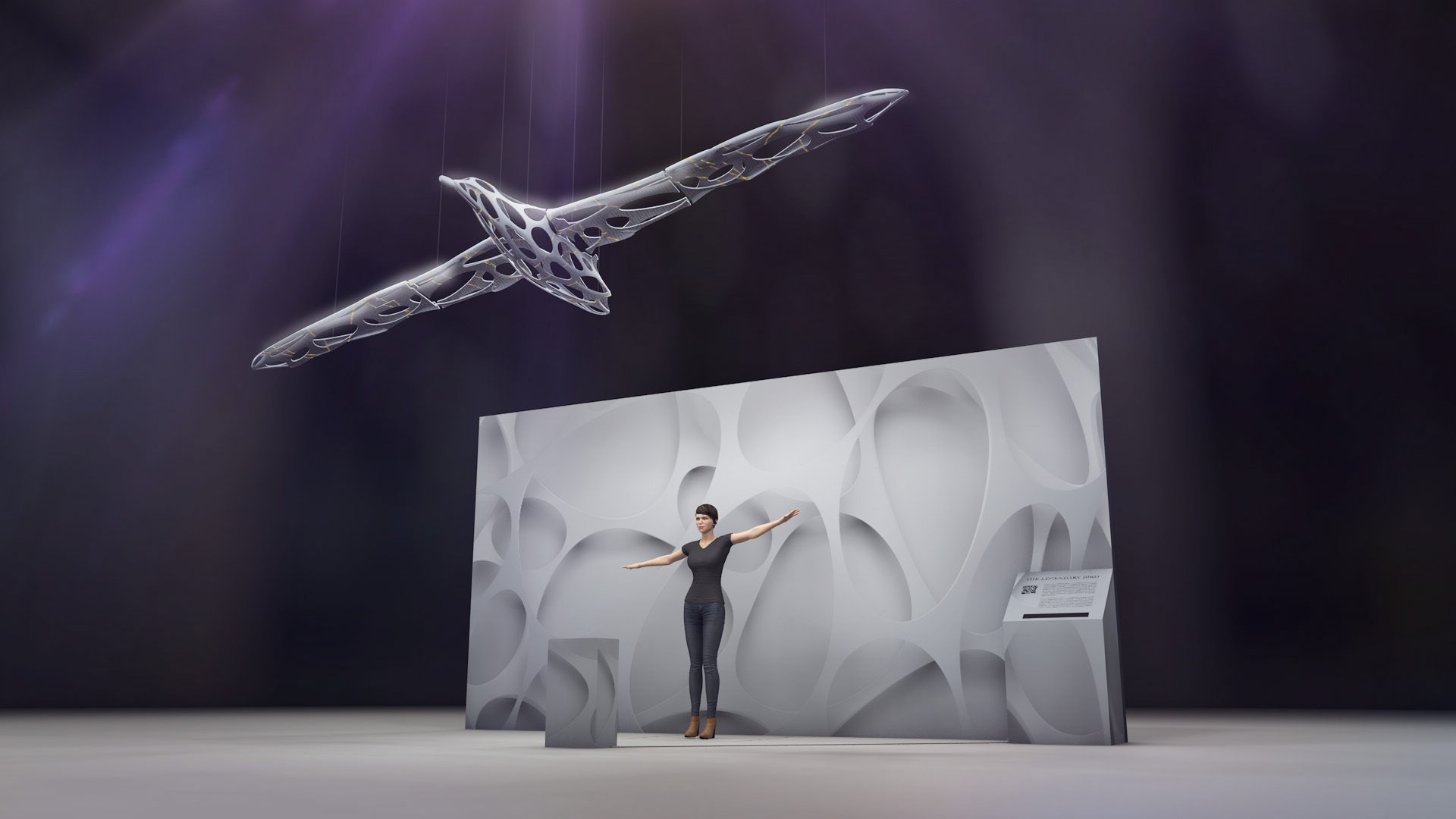 ILight Singapore 2020
Capitalizing on the success of the Kinetic Albatross, we developed further the concept and won the open call for at iLight Singapore 2020.
Project description:
The Kinetic Albatross is a kinetic installation depicting an albatross flapping its wings indefinitely and explores the theme of ocean pollution by plastics. The albatross invites us to commit ourselves to reduce our plastic waste and submit ourselves to the challenge "Zero Waste Countdown". The arch of lights surrounding it is the countdown itself, a metaphor of the personal countdown that everyone should carry.