Haiijaii (meaning “breathe” in Thai) is a light installation fueled by data of air quality index collected from various locations around the world. The lights “breathe” according to the pureness of the air. Some will flicker, emulating us choking from pollution and some will pulse slowly, like steady inhalation and exhalation from a healthy atmosphere.
This project is the winner of the open call for Wonderfruit festival 2019.
Architect: Frederic Bussiere
Neon artist-designer: Ka Lun Karen Chan
Curator: Adulaya Kim Hoontrakul
Multimedia designers: Frederic Bussiere + Santipab Somboon
Sponsor: CeeyKayEllo
🏆 Bronze Sky Design Awards 2021

Art x Sustainability
The art installation is made out of recycled used and unwanted materials, Haiijaii aims to give a second life to the preloved, and promotes sustainability in all the materials we use.
Sustainable materials
In this modern single-usage era, we would like to restate the practice of giving a “second life” to our preloved items. Ranging from bamboo woods, commercial neon signs, beach mats. These materials serve as visual stimulations for inspiring cohabitation in the world; the city, the forest and the beach, nourishing them, nourishing us. 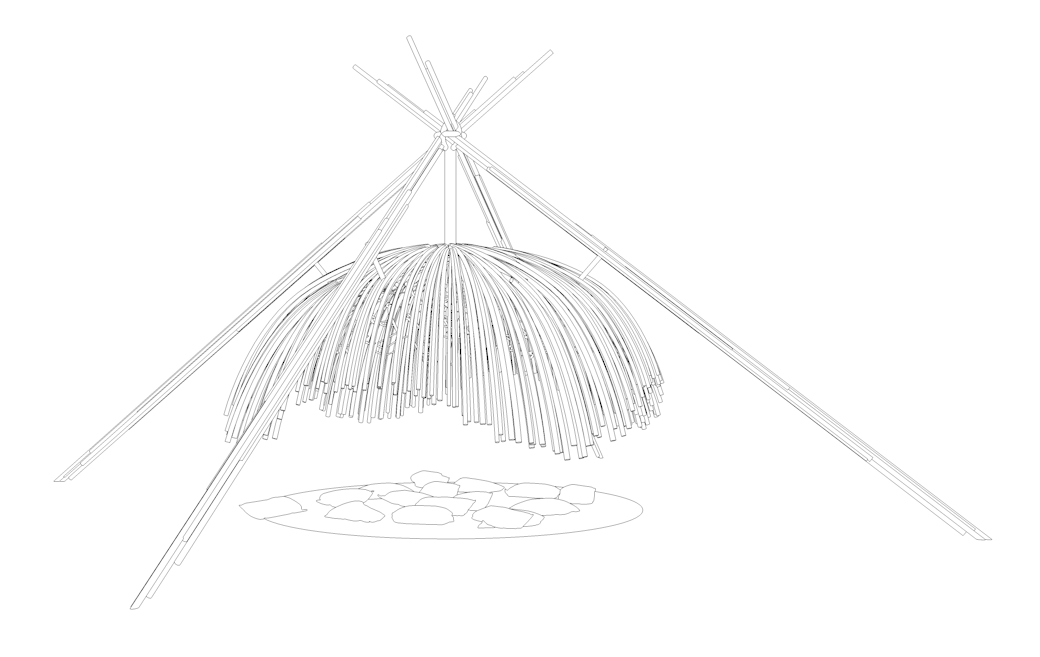 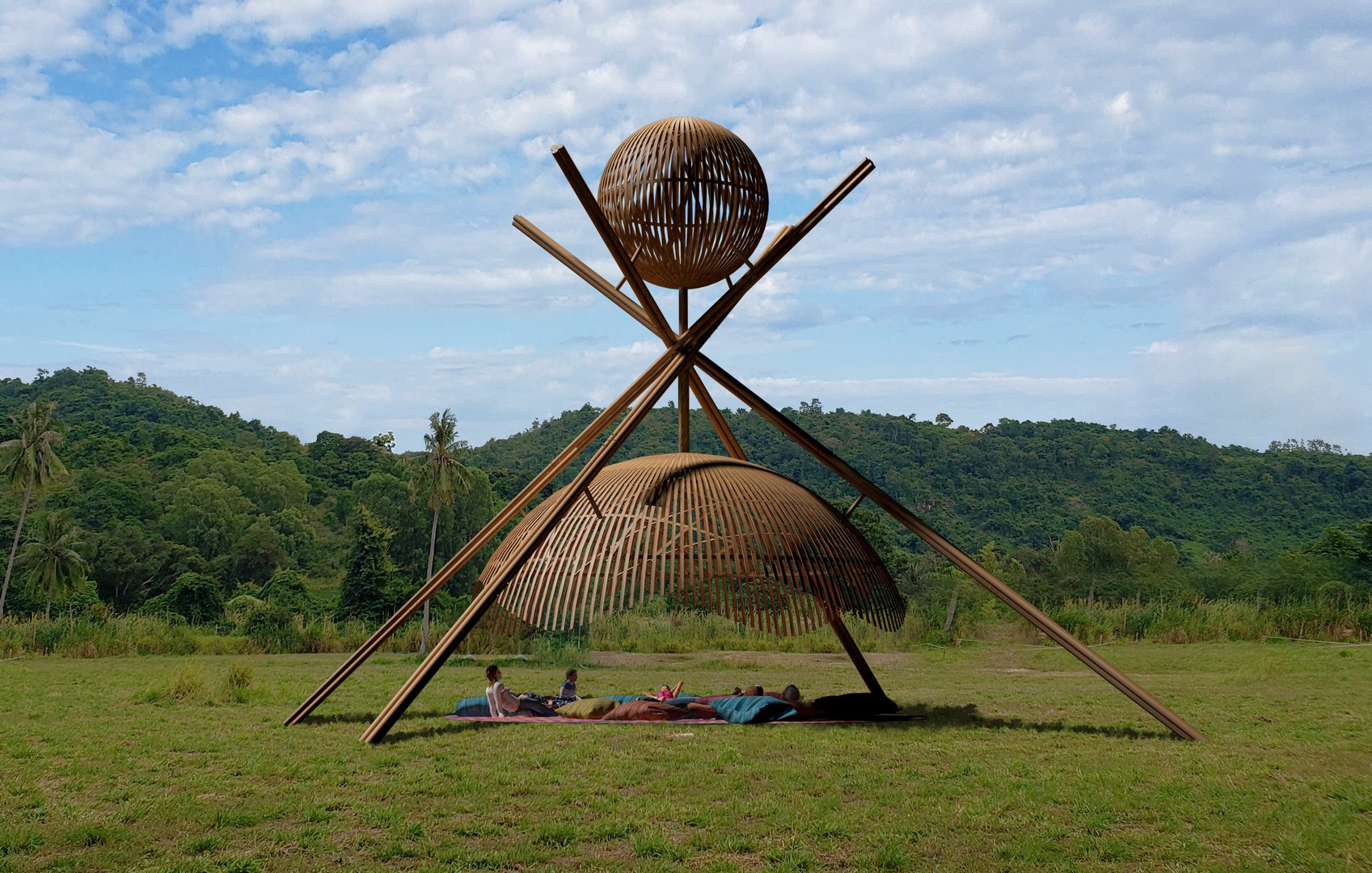 Neon – The intangible cultural visual language
We are reconstructing used and unwanted commercial neons, and giving them a new life in terms of visual shape and purpose.
In Haiijaii, our art installation, each set of neon piece would represent a country or region.
Traditional commercial use of neon light peaked its height in the 1950s, where it became the inspiration for a lot of futuristic sci-fi movies.
With its downturn due to the rise of commercial LED neons and lightboxes as well as government regulations, neon became a declining and shrinking scene globally. However in recent years, there has been an artistic revival reformation to bring back the neon, as seen around the world in art works, commercial spaces and signage.

Haiijaii first came about as 4 creatives, Adulaya Kim Hoontrakul (Curator), Ka Lun Karen Chan (Neon artist and designer), Frederic Bussiere (Architect and Multimedia designer) and Santipab Somboon (Multimedia designer), got together to discuss the notion of air quality and carbon emission.
What is bad air? Is data enough to make people aware and react? Also, is the air quality index weaponised?
Factual as it may be, many richer countries off-set their carbon emission through buying power, leaving poorer countries with a consistent data that categorises them permanently as ‘polluted’ and hardly have good air.
With Haiijaii, we chose to communicate suffocation through the flickering lights of recycled glass neons. Some will have sharp flashes, some will pulsate slower, emulating breathing patterns affected by pollution.
The audience are invited to breathe along with the rhythm of the light to feel the urgency through surrogate.
When the body is used to receive information, we believe the impact is greater. Through the natural act of breathing, the common act of survival, we hope to not only unite but to find that missing link that has created such a polarised world we live in today.

About Wonderfruit
As mentioned in Tatler Asia, the Wonderfruit Festival has become one of Asia’s Biggest Festivals. Known as the Asian “Burning Man”, it is a celebration of art, music, food and ideas to catalyze positive impact on sustainability and lifestyle. In its sixth edition, Wonderfruit is held on Dec 12 to Dec 16 in Pattaya, Thailand.

Technical part:
Running on Lattepanda with Touch Designer. All gear was hidden behind the fake ceiling and the mini-PC was controlled remotely.